for the people by the people, reporting the truth unfiltered.

William Gadoury made a link between the location of Mayan cities and the civilization's major constellations A Canadian schoolboy appears to have discovered a lost Mayan city hidden deep in the jungles of Mexico using a new method of matching stars to the location of temples on earth. William Gadoury, 15, was fascinated by the ancient Central American civilization and spent hours poring over diagrams of constellations and maps of known Mayan cities. And then he made a startli
20

Article by, Natalie N. Sabatini How it all began, the back story. In May of 2014, Other World Global Network’s Sandra and Natalie...
190
by, Sandra D. Sabatini

An announcement has stirred up the Alternative / Free Energy movement. Dave Parker, founder of the FREE Energy Movement...
40 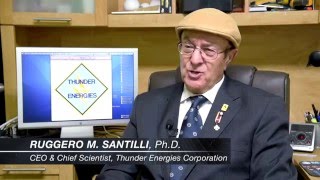 Using new types of lenses scientists have said that we can now see “entities” or “anomalies” both in space and our terrestrial...
70
Exopolitical Disclosure | by, Sandra D. Sabatini

Is disclosure around the corner? Well a recent series of public events may provide a crack in the wall needed for more information to...
30
OPINIONS | Natalie N. Sabatini & Sandra D.

Perhaps we should perceive "crop circles" in a different light. They are not only the coolest, kick ass inter-dimensional time-space form...
50
HIDDEN KNOWLEDGE | by, Natalie N. Sabatini

Throughout history, the Sun has been worshiped as a god. Ancient civilizations recognized the importance and purpose of the Sun’s...
110